When Your Dad Goes Viral 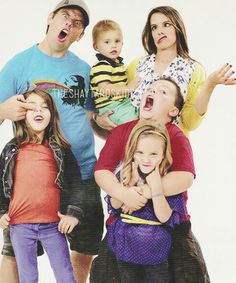 Our children are growing up in a world where just about anyone can achieve their “fifteen minutes of fame”—we call it going viral. Just this week I posted a viral story to my Facebook, a father writing his son a statement of rejection for his plead to borrow $20 for a toy. And this one post was my biggest social media hit yet. On top of random viral news stories like this, we also have parents who post videos of their children online that reach millions of views, parents whose entire occupation is filming “vlogs” of their children’s lives in hopes of getting to two, three, four million subscribers on YouTube.

Achieving viral fame with our children seems relatively easy, and common. But what will our children have to say about it?

Sure, kids are cute. Of course, nobody is going to hold something they did against them when they were in an age they likely won’t even remember. But where stage mom and dads used to be looked down on, getting their children into show business for money before they could decide for themselves if it’s something they wanted, now it seems like parents everywhere have no problem with putting their children in front of an Internet audience before they are old enough to realize what’s going on.

An article published on The Guardian (which you can read here) goes into more depth about the issue of consent with children’s lives being posted on the Internet (specifically, Facebook). It recognizes that while pretty much everyone will post something about their children, we might need to be more selective about what we put out there, and what kind of privacy settings we use when posting. Images of our precious babies without clothes, throwing tantrums, or in any other way shedding a negative light on them could follow them for the entirety of their lives. Or it might not—but do you want to take the risk?

The article also mentions other purely safety reasons to be cautious about what we post of our children. Giving away identity information, location, or likewise could put them as well as ourselves at risk.

When it comes down to it, I challenge us all to not strive to be parents that “go viral,” but to be parents who think of our children’s futures before we hit that “post” button. You don’t want your kids to grow up one day and think, “I wish my dad hadn’t gone viral.”

What are your thoughts on posting pictures/videos of your children to the Internet? Are there any precautions you take? Let me know in the comments!