Want Your Children to Form Healthy Habits? It Starts With You 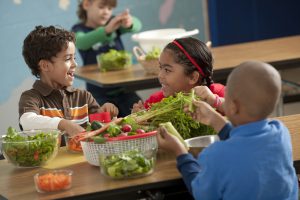 I can’t tell you the number of times I hear parents complaining to one another about their children’s habits. “They won’t eat anything other than junk food,” “they won’t play outside,” “they’re always on their phone,” are among some of the most popular. But what’s interesting to note is that these habits they don’t want their children to have often starts at home—they aren’t being the example they want their kids to follow.

An article on Huffington Post called “Parenting in the Digital Age,” came out the other day, and it noted this exact phenomenon. It’s new territory for parents raising children in this age, because these are the first generations being raised with smart technology. However, what the writer of this article notes is that as parents, we know what it was like to live without this technology, and if we don’t want our children to be consumed by it, we have to not let ourselves be consumed by it either.

Basically, if you want your children to spend more time outside without a smartphone in their hands, you have to go outside and leave the phone at home too.

This same concept applies to eating habits, exercising, reading—you name it! Children learn from their parents, and everything you do becomes normalized to them. If you eat McDonald’s regularly, they will think that is normal and healthy behavior. But if you eat greens and cook nourishing food you love, they’ll love it too. If you end your days by sitting down with a book instead of your iPad, they’ll think that’s normal too, and most likely follow in your footsteps.

The next time you feel down and want to complain with your friends about what your child just isn’t doing, stop yourself to ask this question: “Are they learning that from me?”

What healthy habits do you model for your kids? Let me know in the comments!