Stop Comparison in Its Tracks: Parenting in the Digital Age 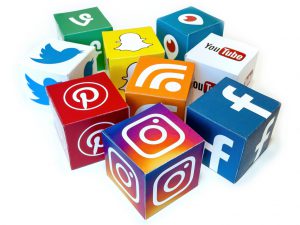 I’ve written a few times about the ways in which social media has an effect—both positive and negative—on children today, and how we as parents can best help them navigate through it. But the one thing I think we can’t separate from social media is the rise of the problem of comparison in our youth.

Every time they open Instagram, they have the opportunity to see someone who is living a life “cooler” than their own. Your child can come home thrilled about an A on his math test, and then feel crushed moments later when he sees on Facebook that someone else got an A+. With their self-worth tied up in how many likes their newest post gets instead of being the best version of themselves, it can be hard to figure out what to say and how to get children to see that comparing their lives to someone else is a sure path to misery and low self-esteem.

This is where reading comes in. Or any form of storytelling.

In every story, there is a protagonist. And this protagonist is going about his adventures, saving worlds or fighting crime, without any thought about what a different protagonist in a different story is doing. My character John in Night Buddies didn’t think about Harry Potter, and how much cooler Harry Potter’s story was than his. He just went about with his best friends living the story he was in as best he could.

Remind your child that he is the protagonist in his own life. There are cool stories happening around him, but none as cool as the one he is living right now. They are the hero of their life, and whether they’re in a happy or not so great place at the moment, the tides can always turn. There is always a new obstacle in every story. Point out the obstacles their favorite protagonist had to face in a story they love.

Most of all, when they’re feeling down about not living a life as cool as someone they see on social media, remind them this: They don’t just get to be the protagonist of their own story, they get to be the author too. And whatever it is they want out of life, they’re fully capable of getting—as long as they don’t get distracted by somebody else’s story.

How do you deal with issues of comparison? Let me know in the comments below!