Does Being a Good Parent Poorly Affect Your Physical Health? 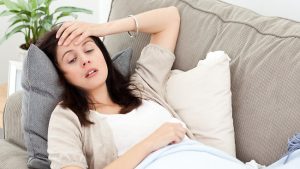 “Researchers surveyed 247 pairs of parents and their adolescent children on how often and to what degree parents could understand their children’s feelings and respond with appropriate concern. They also took blood samples. Empathetic parents and their children were both better off psychologically. Children of empathetic parents also showed lower levels of inflammatory markers. Their parents were just the opposite. Their samples revealed this low-grade systemic inflammation.”

So basically, empathetic parents enjoy the pleasure of a job well done, while reaping a host of physical challenges that come with working hard. And who says parenting isn’t a real job? The study went further to analyze children with depression and their parents to conclude that empathetic parents (or caregivers in general) develop chronic inflammation and elevated stress hormones over time.

What does this mean for parenting? Is there such a thing as being too empathetic as parents? Should parents hold back from giving their entire self to their children to avoid risking such physical damage?

I’m going to say no—and I think most would be in agreement with this stance. As parents, the best things we can do for our children is to give our all, whether that puts extra stress on our bodies or not. HOWEVER, that isn’t to say our children don’t need us to be healthy, as well.

Before we all turn into Cinderella’s evil stepmom to keep inflammation and elevated stress levels at bay, how about just taking a few deep breaths when you feel overwhelmed? Take a bath when your children are at a friend’s house for a sleepover, indulge in a glass of wine after their bedtime, or pick up a habit such as meditation, exercise, maybe even writing, to let off some steam.

When it comes down to it, parenting is a difficult job, but the benefits to your children of being an empathetic, involved parent far exceed the risk of the physical health drawbacks outlined in this study.

What are some ways you practice self-care as a parent? Do you think it’s important in helping you be an effective, empathetic parent? Let me know!