Are Parenting and Creativity At Odds With One Another? 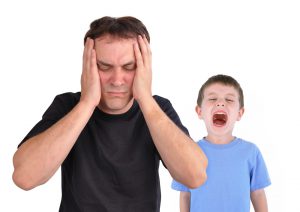 Recently I came across an article from the Parenting Herald which explored the idea that being a parent and doing creative work are somehow at odds with one another. As a single father and author, the fact that there are studies and articles going around saying that my two identities should be at odds with one another intrigued me.

The one quote I found to be the substantiation of this particular article’s argument can be summed up in this quote:

“The point of art is to unsettle, to question, to disturb what is comfortable and safe. And that shouldn’t be anyone’s goal as a parent.”

What I wonder, though, is why a person would need to apply the rules of their art to their parenting?

For as long as art has existed, we have thrown around the idea that an artist must be someone who suffers, a tortured soul of sorts, who can only make sense of this world by making art to ease their suffering—but only until another work of art needs to be made, of course. And while a number of suicides, a chopped ear, and other instances have validated this image of an artist for a long time, I know many writers, painters, musicians, and other artists who are very happy in their life, and make art for the enjoyment of making something beautiful.

These people also tend to be very happy in their home lives, and make excellent parents.

The way one parents and the way they make their art are separated, in the same way that a parent who works in finance doesn’t use those same skills and the “work” mindset into their parenting life.

One argument that I did believe worked in the article by the Parenting Herald was that there is a lack of energy in a parent to be able to produce art. Parents minds are often so utterly consumed by their children and their “day jobs,” that they struggle to find the time and energy required to create a work of art—which in itself is a time-consuming and energy-draining activity.

But I would also argue that those who aren’t parents struggle in this way; not having enough time is the most commonly used excuse to not make one’s art. The amount of truth behind that excuse varies from person to person, but the fact is, any artist needs to make their art a priority in order for it to get done. No matter your day job, if you have a sick parent or if you have five kids, if art is important enough to you—if it is a vital aspect of your identity—you will need to find time in your schedule, even if it is no more than five minutes, to make it.

As a father and an author, I can say that the struggle to find said balance is difficult. But I came out the other side with three published books, and a son who lived a happy childhood, and I never once found my two identities to be at odds with one another.