Get to Know the Artists Behind Your Favorite Books!

Alongside every great children’s book author is an equally as talented illustrator who is tasked with bringing their stories to life! Think about some of your favorite characters—from Winnie the Pooh to Harry Potter, the images that come to our heads typically come straight from the illustrator’s pen. These talented illustrators have mastered the art of visual storytelling, and I’m excited to be featuring them in today’s post! 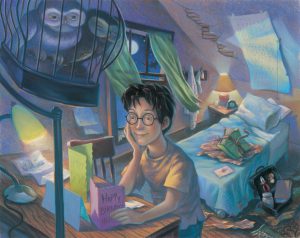 While many different illustrators have worked on different editions of the Harry Potter series, GrandPré is the artist behind all of the US edition cover and chapter illustrations, and is one of the very few individuals who were allowed to read the books before they went public. She started drawing when she was just five years old, and has since gone on to make a long career for herself working solely on children’s books. You can get to know more about her journey illustrating for Harry Potter here! 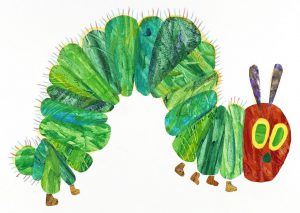 After graduating from the prestigious Academy of Visual Arts, Carle began working as a graphic designer and art director at an advertising agency in New York. It wasn’t until later on in his career that he collaborated with author Bill Martin Jr. to illustrate Brown Bear, Brown Bear, What Do You See?, and from there his career soared. His most popular work of art, The Very Hungry Caterpillar, has been translated into over 30 languages worldwide! 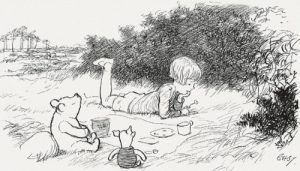 A World War I veteran and former political cartoonist, E. H. Shepard is the artist behind our favorite characters deep in the hundred acre wood. Though he and Winnie the Pooh creator A.A. Milne had their creative differences, they worked side-by-side to create the most memorable and visually detailed children’s stories that are as popular today as ever before. Shepard also is known for his illustrations of Aesop’s Fables, David Copperfield, and Tom Brown’s Schooldays. 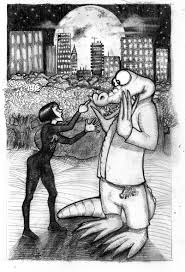 I can’t honor illustrators without recognizing the amazing artist behind the Night Buddies series! Jessica Love’s talent made real the characters that once only existed inside my head. She has also recently debuted her own children’s picture book entitled Julián Is a Mermaid, filled with some of the most beautiful artwork we’ve seen from her yet! You can learn more about the book and her process in designing it here.

Who are some of your favorite children’s book illustrators? Let me know in the comments below!