Books to Help Parents and Kids Talk about War

With the war between Russia and Ukraine dominating the news cycle, your children may be asking questions.

Why are they fighting?

Why don’t they stop?

Let your children guide the discussion. If the topic comes up, start by asking, “What do you know about the war?” We’ve found three books for middle-grade students that can prompt some good family discussion and understanding. 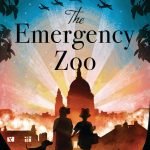 As preparations are underway to evacuate children from London during World War II, two young girls realize they won’t be able to take their pets. What will happen to their animals after they leave? They come up with the idea of hiding their pets in a derelict hut in the woods, and when other children find out and start bringing their rabbits, guinea pigs, and hamsters, their secret den turns into an emergency zoo.

Inspired by real events during the Second World War, Miriam Halahmy’s novel is a touching tale of courage, resourcefulness, and camaraderie in desperate times. The book prompts discussion about the impact of war beyond people. 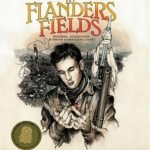 In Flander’s Field by Norman Jorgensen

A retelling of a bittersweet story from World War I. A soldier ventures into no man’s land between the trenches to rescue a bird trapped in barbed wire. This book is a good starting point to talk about the humanity of people from both sides of a conflict. 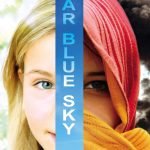 An eye-opening novel showing how war affects families on both sides. Cassie’s brother has been deployed to Iraq and she feels like her family is falling apart. Then, she finds a blog written by an Iraqi girl. They begin an correspondence and share how the war is impacting their lives.