We found three books that celebrate amazing women from history, some better known than others. These books will inspire girls and boys to overcome stereotypes and hardship. 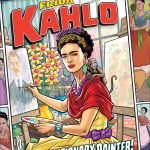 From the popular Show Me History series, this graphic novel tells the story of Frida Kahlo, whose dream of becoming a doctor ended when she was in a bus accident at age eighteen. She turned to painting as a form of therapy and became one of the most famous artists in the world. This biography shows how Kahlo overcame pain to revolutionize the art world. 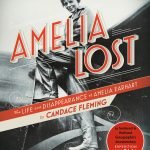 Amelia Lost: The Life and Disappearance of Amelia Earhart by Candace Fleming

Amelia Earhart may be the most famous female pilot of all time, but what do you know about her other than she disappeared? This book goes far beyond the final flight to tell the story of a trailblazing flier.

Lisa Meitner dreamed of becoming a scientist, but girls were supposed to be mothers and homemakers in her time. That didn’t stop Lisa. She became a pioneer in physics and helped discover nuclear fission. Though only her research partner, a man, received the Nobel Prize, Meitner’s discovery changed the world.