With the release date of Night Buddies Go Sky High fast approaching but still not upon us, today I thought I would take the liberty of recommending great children’s books that are similar in some way (content, writing style, etc.) to the Night Buddies series so that you and your child can find the perfect book to read together!

Captain No Beard: An Imaginary Tale of a Pirate’s Life

This book aims for an audience a little bit younger than the Night Buddies books, but it’s definitely worth the read. The story is about a young kid named Alexander and his cousin Hallie who turn Alexander’s bed into a pirate ship called “The Flying Dragon,” and go on crazy adventures! It’s similar to Night Buddies in that it plays with language and dialogue that is unique to the characters, which makes the story really come to life and fun to read. The book won Kirkus Reviews’ Best of 2012 in the Children’s Indie Category, and after giving it a try you’ll be sure to understand why!

Akimbo and the Crocodile Man 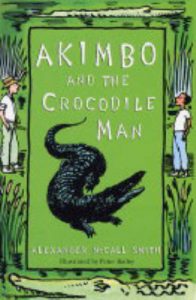 I had to put this book on the list for a number of reasons, including the fact that one of the main characters is named John, and there a number of crocodiles in the story (sound familiar?). The second in a series, this tale revolves around a boy in Africa named Akimbo who is invited on a field study with crocodile expert John. But when John gets attacked by one of the crocodiles they are working with, Akimbo has to find the bravery to go on his own in a dangerous place in search of help. The book is filled with adventure, and is very fast-paced! Like the Night Buddies series, boys between the ages of seven and ten would really enjoy this read.

Tales of the Time Dragon

Kids being led on adventures through time by a big red dragon? That could be similar to a certain kid being led on adventures by a big red crocodile! This book is great because it combines a fun fictional story with real historical knowledge, and includes maps, a list of historical facts, and a glossary. It’s about two kids who get sucked into their computer when doing a research paper, and end up traveling through time. It’s recommended for kids in either first or second grade, and I would say it’s a definite must-read (this coming from a history buff like me)!

What are some of your favorite children’s books? Leave a comment below to let us know.

1 thought on “Other Children’s Book Titles I Highly Recommend!”