Need help picking out books for your middle-grade reader at the library or bookstore? Who better to ask than librarians? The School Library Journal has released its list of top books for 2022. Over the next few weeks, we’ll introduce you to a dozen of their top pick for readers ages eight to twelve. This category suits readers in third through seventh grades. I

Descriptions are taken from Amazon listings. 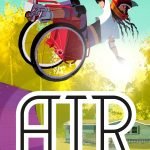 An action-packed, empowering middle-grade novel about a girl who has to speak up when her wheelchair motocross dreams get turned upside down.

Twelve-year-old Emmie is working to raise money for a tricked-out wheelchair when a mishap on a poorly designed ramp at school throws her plans into a tailspin. Instead of replacing the ramp, her school provides her with a kind but unwelcome aide―and, seeing a golden media opportunity, launches a public fundraiser for her new wheels. Emmie loves her close-knit rural town, but she can’t shake the feeling that her goals―and her choices―suddenly aren’t hers anymore. 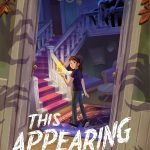 From the author of Ghost Girl comes another standalone spooky middle grade for fans of Nightbooks and Ghost Squad, about a terrifying house and the girl haunted by her experience with cancer, grief, and healing. Are you brave enough to step inside?

For as long as anyone could remember there wasn’t a house at the dead end of Juniper Drive . . . until one day there was.

When Jac first sees the House, she’s counting down to the five-year anniversary of her cancer diagnosis, when she hopefully will be declared NED, or “no evidence of disease.” But with a house appearing, her hands shaking, and a fall off her bike, Jac is starting to wonder if these are symptoms—or if something stranger is happening.

Two classmates dare Jac and her friend Hazel to enter the House. Walking through the front door is the way in. It’s definitely not the way out. There’s something off about the House; Jac can feel it. The same way she knows it’s no coincidence that the House appeared for her five-year marker. It wants something from her. And she won’t be able to get out until she figures out what.

The Science of Being Angry by Nicole Melleby. Grades 4-8. 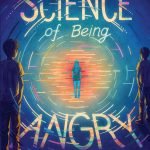 Eleven-year-old Joey is angry. All the time. And she doesn’t understand why. She has two loving moms, a supportive older half-brother, and, as a triplet, she’s never without company. Her life is good. But sometimes she loses her temper and lashes out, like the time she threw a soccer ball—hard—at a boy in gym class and bruised his collarbone. Or when jealousy made her push her (former) best friend (and crush), Layla, a little bit too roughly.

After a meltdown at Joey’s apartment building leads to her family’s eviction, Joey is desperate to figure out why she’s so mad. A new unit in science class makes her wonder if the reason is genetics. Does she lose control because of something she inherited from the donor her mothers chose?

Maizy Chen’s Last Chance by Lisa Yee. Grade 4 and up 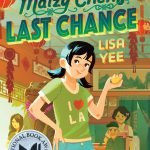 Maizy has never been to Last Chance, Minnesota . . . until now. Her mom’s plan is to stay for a couple of weeks until her grandfather gets better. But plans change, and as Maizy spends more time in Last Chance and at the Golden Palace—the restaurant that’s been in her family for generations—she makes some discoveries. For instance:

But the more Maizy discovers, the more questions she has. Like, why are her mom and her grandmother always fighting? Who are the people in the photographs on the office wall? And when she discovers that a beloved family treasure has gone missing—and someone has left a racist note—Maizy decides it’s time to find the answers.