Hispanic Heritage Month is observed from September 15-October 15 to celebrate the histories, cultures, and influence of past generations who came from Spain, Mexico, the Caribbean, and Central and South America.

If you’d like to introduce your middle-grade reader to books that depict Hispanic characters and cultures, try these: 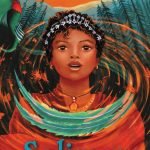 Solimar: The Sword of the Monarchs by Pam Muñoz Ryan

On the eve of her Quinceañera, a young princess discovers that it will take more than magic to save her kingdom and prevent the destruction of the Monarch butterfly.

“Award-winning author Ryan has masterfully crafted a story using cultural elements from Mexico with a generous sprinkling of magic. In this story of courage, determination, and ingenuity, readers will cheer on Solimar in her arduous journey to save what is near and dear to her heart.” -Booklist 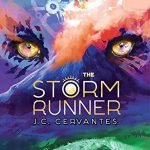 The Storm Runner by C.J. Cervantes

Fans of Rick Riordan know that the best-selling author has been introducing his fans to diverse authors who write about mythology. In this book by C.J. Cervantes, readers encounter Maya mythology. Zane loves to explore near his home in New Mexico. He’d rather do anything than be at middle school, where kids make fun of his limp. When a hawk attacks his dog Rosie, Zane is determined to save her and finds himself in a magical realm where the gods are at war. To survive, Zane must become the Storm Runner. 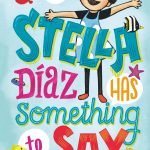 Stella Diaz has Something to Say by Angela Dominguez

In this book for eight- and nine-year-olds, author/illustrator Angela Dominguez shares a story based on her own experience growing up Mexican American. Stella struggles to express herself in both English and her native Spanish. She attends speech therapy at school and, with the help of family and friends, gains confidence and even faces the class bully. Simple Spanish vocabulary is included in the text.