Book Recommendation Time! The Children’s Series You Need in 2018

If you’re a follower of children’s literature, you’ll no doubt have heard of author Kobi Yamada. His first two children’s picture books, What Do You Do With An Idea and What Do You Do With A Problem, both became New York Times bestsellers and have received unprecedented acclaim for both their uplifting storytelling and beautiful illustrations.

His third book, What Do You Do With A Chance, was just recently released, and will no doubt become his third success! Below you will find a short description and recommendation for each book , but trust me when I tell you…you NEED to add these books to your shelves in 2018.

What Do You Do With An Idea? 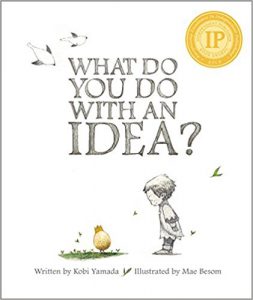 “This is the story of one brilliant idea and the child who helps to bring it into the world. As the child’s confidence grows, so does the idea itself. And then, one day, something amazing happens.” The first book in the series, this story caught my attention with the way its theme can touch anyone, of any age, despite being written for children. It is an inspirational tale for anyone who has felt the desire to take a risk for that one idea that just won’t leave them alone—no matter how difficult, scary, or problematic it may seem.

What Do You Do With A Problem? 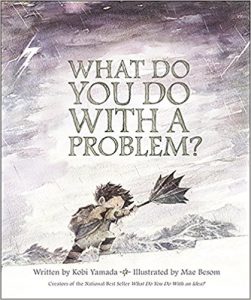 “This is the story of a persistent problem and the child who isn’t so sure what to make of it. The longer the problem is avoided, the bigger it seems to get. But when the child finally musters up the courage to face it, the problem turns out to be something quite different than it appeared.” I don’t know a single person who hasn’t faced some sort of problem in their life by ignoring it, hoping it would disappear. This story reminds us that our problems can turn into our greatest opportunities, as long as we work up the bravery to face them.

What Do You Do With An Idea? 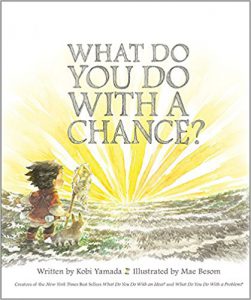 “In this story, a child is visited by his first chance and unsure what to do with it, he lets it go. Later on, when a new chance arrives he reaches for it, but this time he misses and falls. Embarrassed and afraid, he begins ignoring each new chance that comes by, even though he still wants to take them. Then one day he realizes that he doesn’t need to be brave all the time, just at the right time, to find out what amazing things can happen when he takes a chance.” The final book in this incredible series, this one might just be my favorite. All I will say is that taking a chance might be the riskiest thing we do in our lives, and this story reminds me why it is so necessary we take them anyway.

Have you read any of the books in this series? Let me know what you think of them in the comments!