4 Books To Prep Your Middle-Schoolers for Back-To-School

I can’t believe it’s already back-to-school season! Whether your school is re-opening, or your kids are going to start the school year online, the first day of school this year might be even more nerve-wracking than usual. Here are a few books for middle-graders that will help them work through their back-to-school jitters! 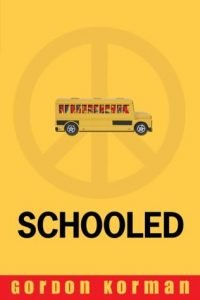 “Homeschooled by his hippie grandmother, Capricorn (Cap) Anderson has never watched television, tasted a pizza, or even heard of a wedgie. But when his grandmother lands in the hospital, Cap is forced to move in with a school counselor and attend the local middle school. While Cap knows a lot about tie-dyeing and Zen Buddhism, no education could prepare him for the politics of public school.”

The Take Back of Lincoln Junior High, by Roseanne Cheng 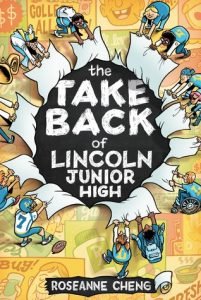 “Lincoln Junior High is out of money. For Andrew and Hannah, this means no sports, no music, and no fun. That is, until the principal begins a corporate sponsorship program to ‘Take-Back’ the school. A few advertisements in exchange for cool programs and new technology can’t be that bad. Or can it?” 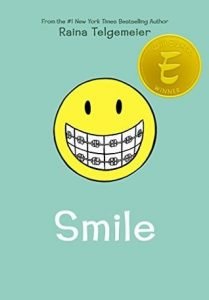 “Raina just wants to be a normal sixth grader. But one night after Girl Scouts she trips and falls, severely injuring her two front teeth, and what follows is a long and frustrating journey with on-again, off-again braces, surgery, embarrassing headgear, and even a retainer with fake teeth attached. And on top of all that, there’s still more to deal with: a major earthquake, boy confusion, and friends who turn out to be not so friendly. This coming-of-age true story is sure to resonate with anyone who has ever been in middle school, and especially those who have ever had a bit of their own dental drama.”

Diary of a Wimpy Kid by Jeff Kinney 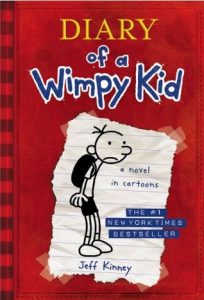 “Greg Heffley finds himself thrust into a new year and a new school where undersize weaklings share the corridors with kids who are taller, meaner and already shaving. Desperate to prove his new found maturity, which only going up a grade can bring, Greg is happy to have his not-quite-so-cool sidekick, Rowley, along for the ride. But when Rowley’s star starts to rise, Greg tries to use his best friend’s popularity to his own advantage. Recorded in his diary with comic pictures and his very own words, this test of Greg and Rowley’s friendship unfolds with hilarious results.”