I’ve written a few posts now about how important it is for us as parents to help our children fall in love with reading. But today I want to take this one step further—I think it is important for us to get kids interested in reading about history. History is one of those subjects that a majority of people sleep through during grade school and don’t even consider studying past their few general ed requirements in college. But it’s also one of the most important subjects out there, if only to keep our world from repeating its past mistakes.

I’ve been a history buff from the time I was a kid, and I think that is largely due to teachers who made the subject interesting for me and books that made historical stories come alive in a tangible way. So I’ve compiled a short list here of some books for kids that hopefully will do the same for them.

Number the Stars, by Lois Lowry

I’m sure you’ve heard of this classic already, but I couldn’t help but put it on my list. It takes place in Copenhagen during World War II, and it is a beautiful story that helps children to see the difficult reality of the Holocaust, while also telling of a friendship worth risking lives for.

Ben and Me: An Astonishing Life of Benjamin Franklin by His Good Mouse Amos, by Robert Lawson 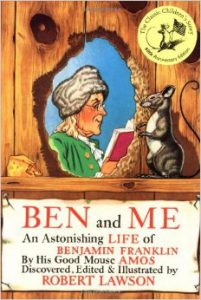 First published in 1988, this funny, entertaining story tells the story of Benjamin Franklin and the founding of the United States of America through the eyes of a mouse named Amos. According to the book, Amos gave good ol’ Benjamin all of his best ideas. It’s a very charming book filled with important historical information, and I guarantee your child won’t be able to get enough!

She Was Nice To Mice: The Other Side of Elizabeth I’s Character Never Before Revealed by Previous Historians, by Alexandra Elizabeth Sheedy 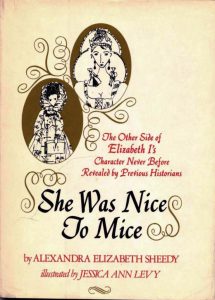 Yet another historical tale told with the help of mice! This one takes place in the Elizabethan era, and follows the life of a mouse living in Queen Elizabeth’s courts. What I think is interesting about this book is that it was written by a twelve-year-old. It really helps kids relate to an era from long ago because it was written by a child who related to it herself!

Pink and Say, by Patricia Polacco 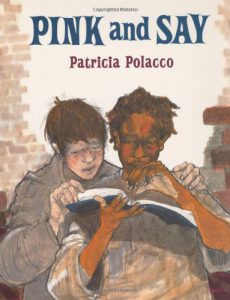 This picture book (still intended for kids ages 5-9) is set during the Civil War. It tells the story of a black Union soldier named Pinkus Aylee finding and rescuing white Union soldier, Sheldon Curtis (who goes by Say). It is a tragic story based on true events from the author’s own family history. To me, the Civil War is one of the most interesting historical events, and I give this book my highest recommendation.

Did you read any historical fiction when you were a kid? Did it help grow a love of history in you as an adult? Leave a comment and let me know!