The 4th of July is almost upon us! And while most all of us know the reason we are celebrating (happy birthday America!), sometimes our children don’t take a moment to think of it as anything other than a day to play out in the sun and have a yummy BBQ. That’s where these books come in! 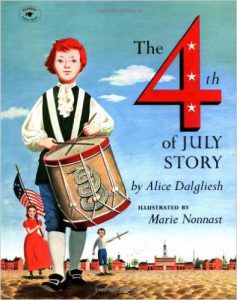 The Fourth of July Story, by Alice Dalgliesh. This is a straightforward, but fascinatingly written, account of America’s independence story. It gives a history of why American wanted to break free from Britain, tells Thomas Jefferson’s story of writing the Declaration of Independence—everything you need to know! The story is accompanied by beautiful illustrations that kids won’t get enough of. 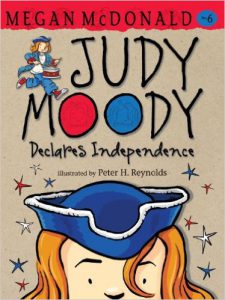 Judy Moody Declares Independence, by Megan McDonald. This is another charming installment of the Judy Moody series, and takes Judy on an adventure to Boston where she meets a British friend, and has a wild adventure learning about Independence Day, and what it means to be independent herself. With a line like this, who wouldn’t want to pick up this read? “She, Judy Moody, would hereby, this day, make the Judy Moody Declaration of Independence. With alien rights and her own Purse of Happiness and everything.” 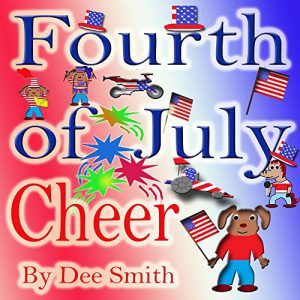 Fourth of July Cheer, by Dee Smith. For the really little kiddos, this rhyming picture book is the perfect Independence Day read. It follows the story of Buster the Dog and his family heading out for some July 4th fun at the beach—complete with the beaches, BBQs, parades, and even a fireworks display! It’s very sweet, fun and easy to read, and will put you in the mood for the holiday. 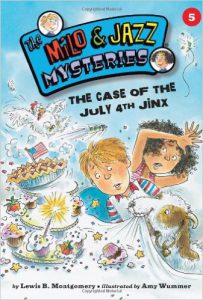 The Case of the July 4th Jinx, by Lewis B. Montgomery. Another installment of the Milo and Jazz Mystery series, this story follows the kids as they try to figure out why everything seems to be going wrong at the 4th of July fair. This is a great choice for kids being introduced to chapter books, and the mystery keeps them turning the pages!

What are some of your favorite 4th of July traditions? Let me know in the comments below!